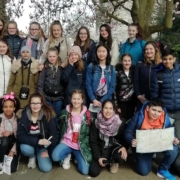 On Monday morning, 25th March 2019, at 7.30am we, the class 7a, started our journey to England. We had to cross the Netherlands, Belgium and France. In Dunkirk/France we took the ferry to Dover/England. We were on the ferry for about two hours. From Dover to Whitstable it also took us about two hours.

When we arrived in Whitstable we had a little break at the sea where we took some beautiful photos. In the evening, our host families picked us up at the meeting point. Everybody was so excited!

After all students had arrived at their host families, everyone was extremely tired. So we just had something to eat and then we fell asleep.

In the morning we went to the beach in Whitstable. Again, we took many photos and after that we waited for our bus to bring us to Canterbury.

In Canterbury we were allowed to walk through the city in small groups. We bought souvenirs and ate typical English food.

One hour later everybody met again in the beautiful park of Canterbury and the teachers explained the treasure hunt. In our “host family groups” we had to walk /run around the city to answer the many questions of the treasure hunt booklet.

After the treasure hunt we did a historical boat trip on the River Stour. We were divided into three groups and learned so much about Canterbury’s history but we also had much fun. We all enjoyed this day.

On Wednesday morning we left Whitstable at 7.30pm. There wasn’t a lot of traffic on the motorway so we arrived in Greenwich, which is a part of London, at 9.30am. Again, we did a boat trip, but this time on the River Thames from Greenwich to the Tower. From there we walked along the River Thames, stopped at St. Paul’s Cathedral and reached Covent Garden around 1pm. There we explored the area in small groups: we went shopping, had something to eat and did some sight-seeing.

In the afternoon we walked to Buckingham Palace all together (no Queen in sight or inside?!) and then we took the crowded Tube back to the Tower where the bus already waited for us to bring us back to Whitstable.

On Thursday it was Melisa’s birthday. At 8.30am we left Whitstable and arrived in Dover about one hour later. After using the posh toilets of a golf club (Thanks again!) we walked about five hours on the White Cliffs from Walmer to Dover Castle. First we enjoyed a picnic on a large meadow. Then we stopped at the small village of Kingsdown to have some ice cream and hot dogs. The last stop of our walk was at a lighthouse with a beautiful view over the sea, the harbour of Dover and the White Cliffs. From there we headed towards Dover Castle which wasn’t that easy to find and we were all very exhausted in the end.

On our way back to Whitstable something very shocking happened: a gold pheasant crashed into the windscreen of our bus! It sounded like an explosion and we were all a bit shocked, but luckily the windscreen wasn’t broken into pieces, there were only lots of cracks.

Back in Whitstable we walked through the city centre and bought some food for the way home to Germany. We had also planned to eat fish and chips but unfortunately we didn’t have enough time.

On Friday morning we had to get up very early because we went back home. After arriving at the meeting point we went into the bus to get to Dover where we got onto the ferry to France.

On the ferry there were very expensive shops and a gaming centre. Some of us were really tired and others got even seasick.

As soon as we arrived in France, our tiny bus (with the cracked windscreen) was replaced by a big bus in which everyone had their own seat.

In Belgium the motorway was very crowded and we were stuck in traffic for about 1 hour. Eventually we arrived in Bochum at 9pm where all our families waited for us. 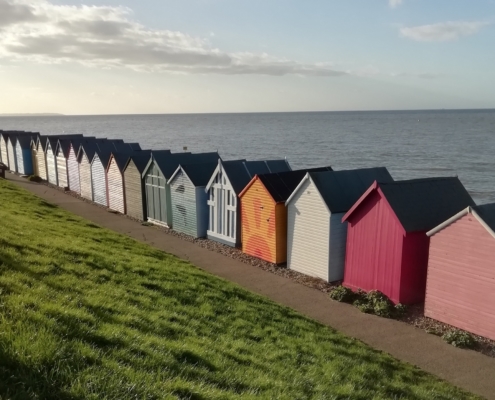 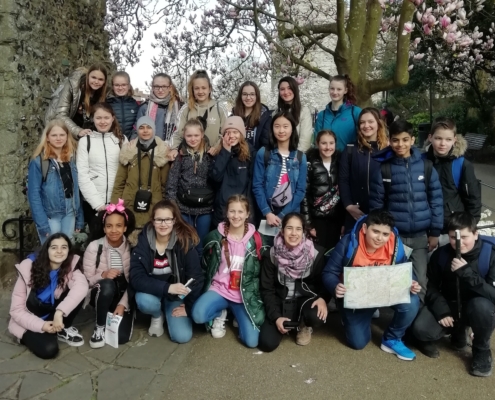 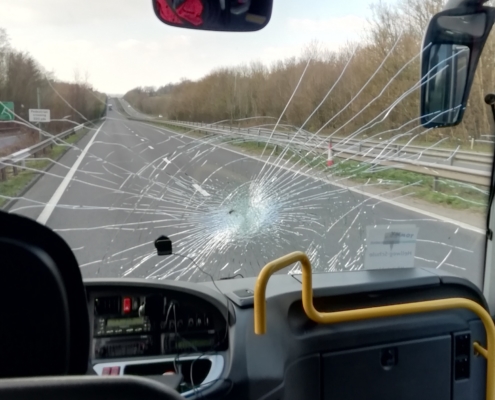 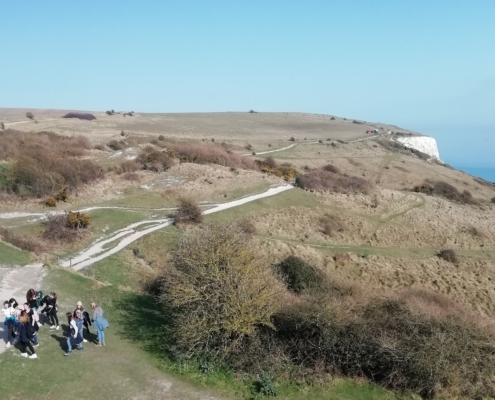